The purpose of this post is to give a snapshot of all the SPN’s that should be in your environment so you know you’ve get them all right. Here’s a birds-eye view.

Attention: Please read the last couple paragraphs in this post and my other post about SDK SPN Not Registered to gain a full understanding of the SDK SPN.

Note: SDK SPN’s do not have any operational impact on SCOM. The only SPN that operationally effects SCOM is the MSOMHSvc. In a clustered RMS configuration, the MSOMHSvc SPN needs to be set on the RMS Virtual Cluster object in Active Directory ONLY (and the MS computer objects, of course).

Note: You’ll most likely find multiple SPN’s for SQL Service. Just be sure there’s one for each of your OpsMgr DB role servers. If SQL runs under Local System, it will automatically register its SPN’s each time the service starts.

With that said, we really don’t even need both Netbios and FQDN registered for the SPN. We could live with one or the other. What happens is, when we launch the console and enter the RMS name, this is the name that is used to establish the session with the SDK service. If we always supply only a Netbios name, we don’t even need the FQDN registered SPN (and vise-versa). But, again, it makes sense to create both netbios and FQDN SPN’s, especially in multi-domain environments.

Here’s another neat fact that you may not be aware of. We could create an alias in DNS, pointing it to the RMS clustered network name and both physical nodes. We can then register that alias as the SDK SPN and use that in our console connection settings. Now it doesn’t matter if we use the cluster network name, either of the physical nodes, or either netbios or FQDN.

Sealing a Management Pack is easy. Although, it can be frustrating the first time through. It’s a process that requires a few different pieces to interact, so preparation is key. Going through some simple steps now will save time in the future.

The two files highlighted:
Command.txt is just a file I created that contains the commands needed to seal the management pack. The MPResources.resources file is automatically created while sealing management packs. This is not anything you’ll need to copy into the directory.

Open a command prompt and navigate to your work directory (c:\MPS). Run these commands in sequence. (beware of word wrap with these commands)

You should now have your sealed MP in the Output directory. And, you’ll have a working directory for later use. Just remember to keep the MP versions in the c:\MPS\MP directory current with your Management Groups. Otherwise, you’ll get version errors while attempting to run the MPSeal tool.

Hint: Once you’ve created the key the first time around, it’s not necessary to create a new key each time you seal a MP. The current key may be reused. So, the only step you’ll need to actually do after the first run is the last step. How’s that for easy!

A note to developers: I’ve had some questions about where the MPResources.resources file mentioned above is created. Specifically, if two build flavor threads (x64 and x86, for example), compiles at same time and try to create this file under sources, one build thread will break.

To solve that problem, execute MPSeal from a different location. Examples below.

This will create the MPResources.resources file in the users %temp% directory.

This will create the MPResources.resources file in the x86 directory I created.

This will create the MPResources.resources file in the x64 directory I created.

In this example, we’ll create a dashboard that show health of all critical disks for Application X. 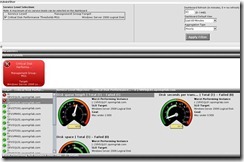 1. Ensure the destination volume is formatting to 64k allocation unit size for best performance.
To partition a drive: http://technet.microsoft.com/en-us/library/cc722475.aspx

4. Open REGEDIT and navigate to HKLM\System\CurrentControlSet\Services\HealthService\Parameters

8. Open the new location that hosts the Health Service State folder and verify the contents have been created successfully. 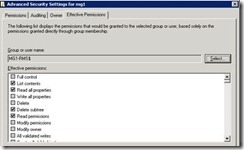 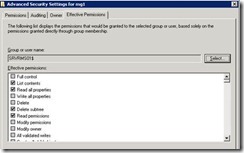